Talk about your dogs, seek advice and share experiences

Ok, I'm a bit late posting this, it's been a busy, busy few days. His birthday was actually on 3rd Dec but better late than never, eh?

Luckily I thought to record his birthday party for posterity.

The big guy is 9 years old. The years are starting to show as he's slowing down a bit. At the beach he still loves a romp in the sea but these days he's not quite so excited about it. When it's time to leave the beach he still gives me the old stink eye but now I don't have to run off the beach and hide before he'll follow me.

When we go for a walk if I go the wrong way he'll just stand and look at me until I go the way he wants. One day last week when it was raining we went round the block and I was intending to do the long circular walk. When we got to the steps that are a short cut back to our road he just stopped and stood looking at me. Who says dogs can't talk? He won, we did the short circular walk.

Do you remember when I used to post photos of him with my youngest granddaughter so you could see how they'd both grown? Well, here she is now, along with her little brother, Bobby. He's almost eighteen months old. Bentley loves to sit quietly next to him while he's eating. We were a bit surprised as Bentley isn't over fond of small children. We soon realised that it was so he could quickly catch any food that Bobby dropped.

I'm a bit scared to say the next bit as I don't want to jinx anything but here goes... on Wednesday it will be three whole months since he had his last seizure. He's never gone more than two moths before. I don't know what has changed but I like it. Even with the massive amount of renovations we are doing at home and all the noise, mess and strangers in and out that that entails he's done really well. Fingers crossed this carries on.

Our new neighbours in the flat across the hall just love him. They have asked me if they can take him out for a walk and often offer to dog sit when we say we are going out. They look positively crestfallen when I say we'll only be gone for an hour. Honestly, this dog could charm the birds off the trees. Not a day goes by when I don't inwardly thank Jan for letting Bob and I be the ones to give him his forever home. I can't imagine how we ever managed without him.

Hope you enjoy the video. 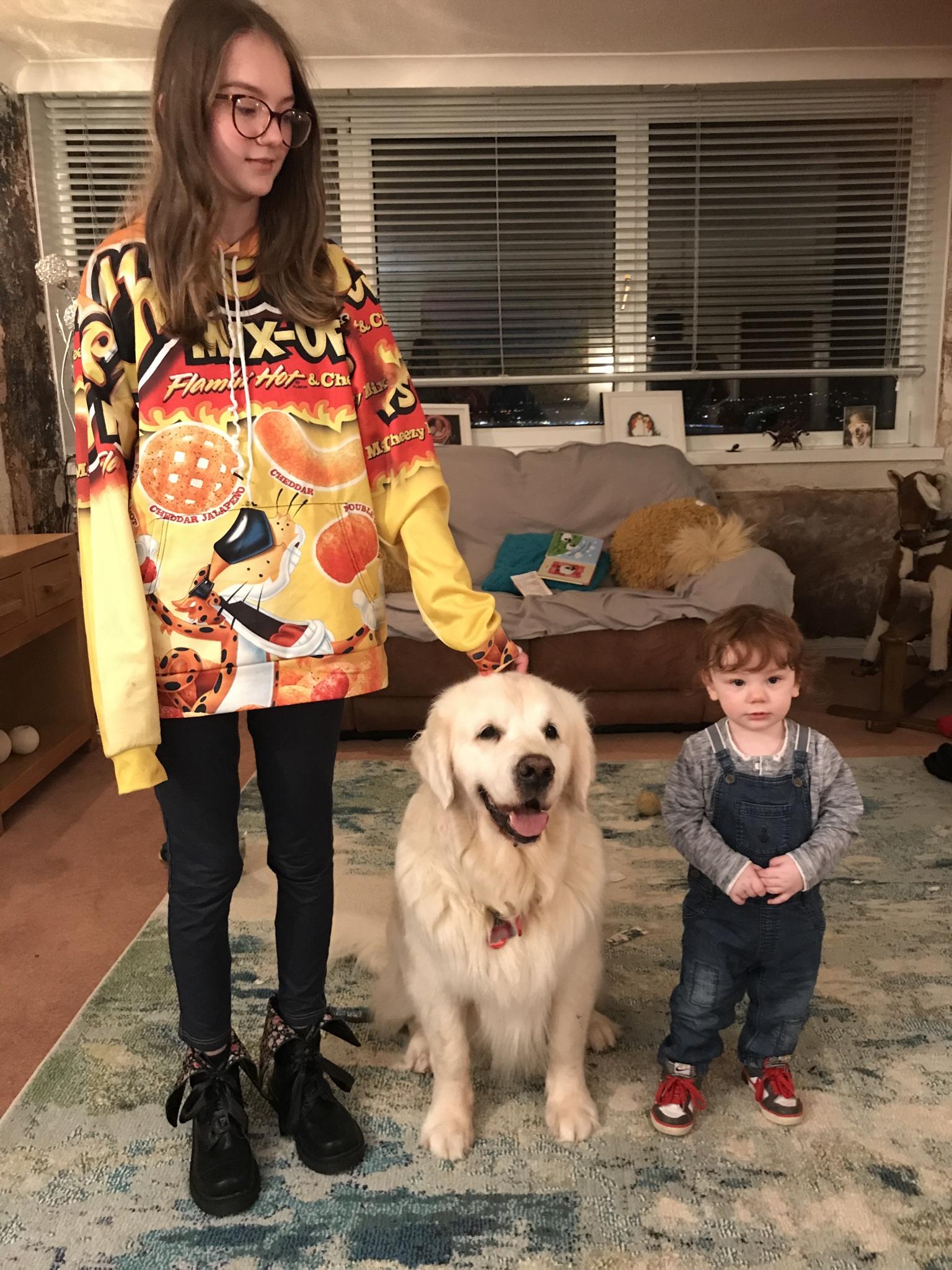 Happy Belated Birthday Wishes for Bentley. Lovely to hear all your news and to see the super picture of himself and your grand children. How your granddaughter has grown.
Best wishes for a Happy Christmas

Happy belated 9th birthday Bentley.
Don't know which he enjoyed the most....paper or pressie.
Good to hear he is doing well Lesley, long may it continue.
Doesn't seem 2 minutes ago that we saw his puppy pictures.
Lxx
Top
Post Reply
3 posts • Page 1 of 1